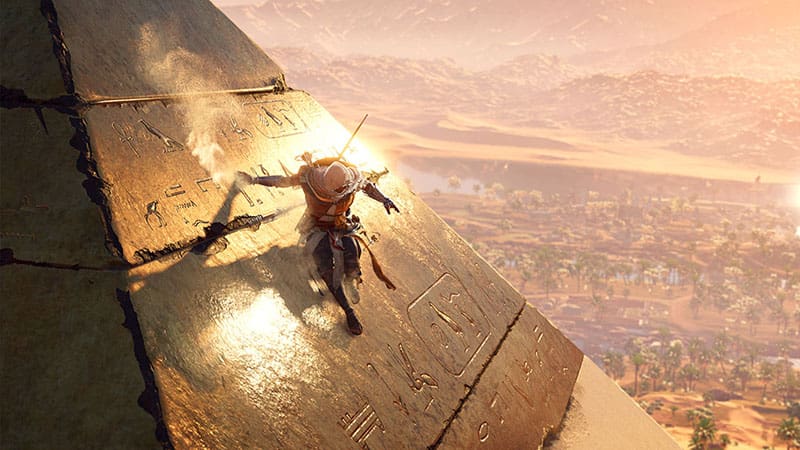 New Assassins Creed game is coming on October 2017 , after assassins creed syndicate ubisoft company decided to make and launch Assassins Creed Origins. Its a remake version of all assassins creed games, its a story history of real-world events and will act as a prequel for the series, recounting the origins of the struggle between the Assassins, who fight for peace with liberty, and the Templars, who desire peace through order.

The story is set in Ptolemaic Egypt and follows Bayek, a Medjay, as he works to protect his people from threats. The open world design lets players freely roam Egypt. The game is played from a third-person perspective and its world can be navigated on foot, horseback, camel-back or boat. As was the case in Syndicate, Origins will not feature any multiplayer gameplay. The hardware requirements of the game is too high as expected. My opinion is game will run perfectly on i5 6th generation + any new Gtx 10 Series Graphic Card , read below are the official assassins creed origins system requirements in minimum and recommended configuration.